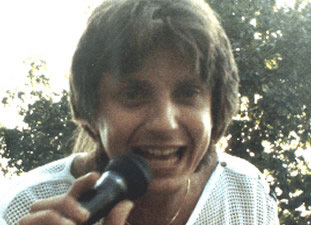 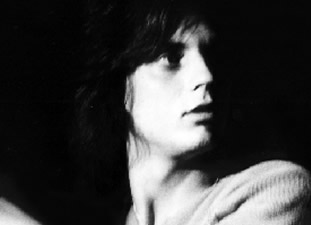 I started out as an under aged (white) blues harp player. Walking on stage at all the clubs on Lincoln Avenue. It didn't take long to figure out that I had some singing ability.

In 1978 my buddy Mike Lampa and I and his older brother Steve formed The Tarpon Jam Band. With the exception of a few years, I've been involved with performing live or recording ever since.

Plus One was the next musical adventure. Plus One was a well rehearsed music machine. We had a sound crew, a light crew and enough equipment to require two cargo vans to hall it around. We played the college circuit as well as the local bars.

Somewhere in the middle of all this, a couple members of the band decided they wanted out. So the core members began the auditioning process. As a result of the personnel changes we all agreed that we should change the name of the band. It just wasn't Plus One anymore. Enter Last Call. Last Call was a good time party band. Last Call was my first attempt at handling the lead vocals by myself. Up until then we always had one or two women sharing the vocal chores. All good things come to an end and so did Last call. I fell out of music for about four years.

At a friends Christmas party I met an old band mate. He convinced me to visit one of his rehearsals with his current band. Here we go again. M. F. TYSON was born. This would have been early 1994. M. F. Tyson has played in and around the city since 94. The last three or four years had us in the recording studio trying to finish an all original project. I started to get the urge to perform alone. Just me and my guitar. So I put some rehearsal time in and went out in pursuit of solo gigs.

This is Where the Fabulous Dave enters the picture. We were both booked to do a couple hours at a bar in Naperville called The Cabaret. I saw his show, he saw mine, and the rest is as they say, "history"... 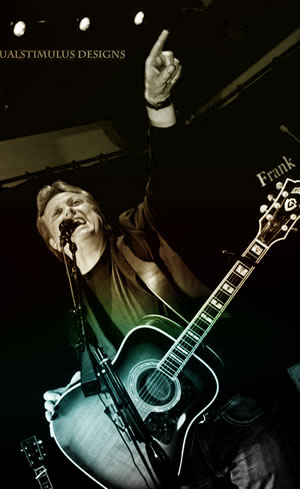 Frank at the Alibi